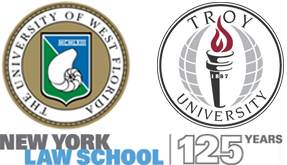 After graduating from the University of West Florida and Troy State University with a Bachelor’s and Masters degree in International Relations, Richard Alvoid earned his Juris Doctor from New York Law School in Manhattan, New York. He took his first steps into the world of Immigration Law while studying in the Big Apple and working for a reputable Immigration Attorney in the city renowned as the immigration phenomenon. He was admitted and is currently a member in good standing of both the New York Bar (2000) and Florida Bar (2002) and has practiced immigration law almost exclusively since being admitted.

Before law school, Richard Alvoid traversed the world, living, working and traveling for 3 ½ years in Asia and the Pacific. He has visited more than 50 countries as either a visitor, sojournor, worker, student, or most of all, as an adventurer.

He speaks proficient Spanish and Italian and a smattering of Arabic and Japanese, and has a deep fascination for all languages and philology in general. His educational background, experience as a foreigner abroad, extensive cultural and linguistic experiences, as well as his vast immigration law experience render him more than an Immigration lawyer; he knows what it feels like to be in the shoes of an immigrant. Richard Alvoid is an Immigration Lawyer that will understand your difficulties in adapting and communicating in a foreign land and will lead you to the path to your goal, if that path exists.

His immigration law experience spanned New York, New Jersey, and New Orleans before he ultimately established his own law practice in Pensacola, FL in 2001 and a branch office in Italy in 2008.

The law firm of Richard Alvoid, PA practices almost exclusively in the field of Immigration Law, thereby affording the experience, tools and the network to handle all aspects of Immigration Law. The firm represents clients from all over the world and in every aspect of immigration law, including non-immigrant visas, permanent residence, asylum, Immigration Court, citizenship and investment opportunities. He gives clients the time, the professionalism and the compassion they deserve. Most importantly, Richard Alvoid and his firm dispense honest, detailed and experienced legal advice.

Bachelor of Science in International Studies

In 2004, Richard Alvoid represented Sean Blackwell, an American soldier who married an Iraqi woman during the conflict in Iraq. Articles and reviews are still available online for numerous periodicals and he appeared live on both CNN and Fox news. 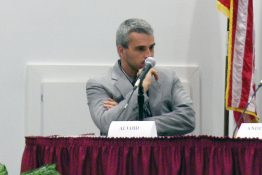 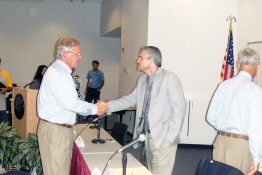 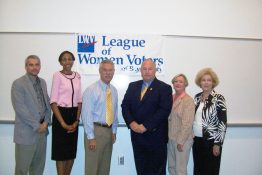 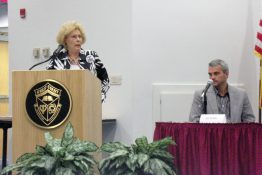